Volunteer of the Month - Tackling the Plastic Challenge

Solving the problem of plastic waste is a daunting task. However, for Dr Brian Finch, the solution lies in working together with the community which can create ripples across the country to counter the growing crisis. Eddies of plastic waste emerged whenever Brian took part in sampling projects and aghast by this growing menace, he decided to join the efforts to tackle plastic pollution.

Brian, who served for 42 years at Massey University, is determined to work towards eradicating plastic pollution. “Environment Network Manawatū (ENM) as an organization is a reason I became involved. It is so positive having a network that coordinates individual groups which are taking diverse actions. ENM is creating a sound environmental momentum in the city”

Brian feels that it is important to impart knowledge about waste minimization with schools, because then the kids will share it with their parents, and gradually parents will also get involved and that can lead to families changing their behaviour. “Working with schools is a world I have been very familiar with. I feel very positive working alongside teachers, particularly teachers enthusiastic about the environment. The chance to be in the environment and doing something physical is very attractive for children.  We must tap into that and get more schools involved to deal with plastic pollution. For instance, for the plastic sorting activity at Te Manawa during the Easter Holidays 2019, many students came along with their parents."

The plastics that enter our water bodies have the potential to choke out our marine wildlife. “While we now have evidence of the level of macro plastics in Palmerston North waterways, it will be really useful to also have a clear picture of microplastics. Microplastics in city waterways is a really important issue because they have become part of the food chain”.

It is time for citizens to become engaged and to demand action from governments and businesses on pressing environmental challenges. “If the city council feels that citizens are demanding higher environmental standards, they will be pushed to make changes.”

Over the last few weeks, Brian has taken the Plastic Challenge beyond the boundaries of Palmerston North. In collaboration with Massey University, he has been working, as part of the Palmy Plastic Pollution Challenge team, with international business students from Korea, to introduce them to the Plastic Challenge and to support them research alternative solutions for food packaging. The students presented their initial findings at Palmerston North Library on 13 February. 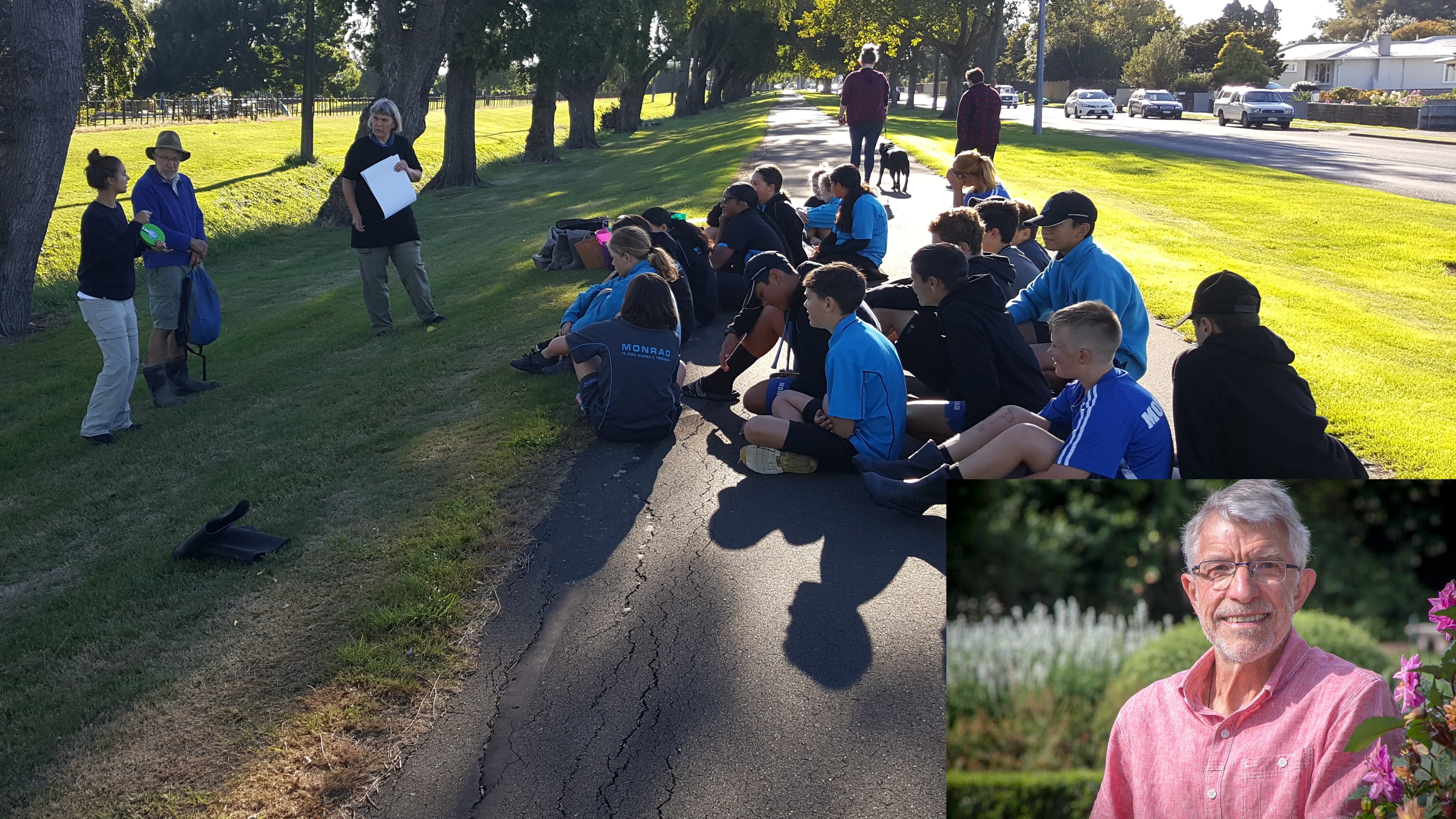