Bessie Nicholls is a regular at the Manawatū River Source to Sea (S2S) cluster meetings on the 1st Wednesday night of every month. She is the voice at S2S  representing a special forest on the outskirts of Feilding as well as a passionate advocate for the eradication of Phragmites karka. Her voice has sparked interest at the meetings, which led us to visiting the forest and talking to the other trustees to find out what it’s all about.

Awahuri Forest/Kitchener Park is significant, being one of the last remnants of semi-swamp podocarp forest in the Manawatū area and a Crown Reserve. This is a forest that has several natural ox-bow lakes, ever-moving tidal sands and regularly floods as part of its natural cycle. It is the home to a plethora of native trees, fungi, and insects including some very rare species. While a forest of this size had previously been looked after by groups of volunteers, the site is sensitive and vulnerable to a range of threats including pest weeds, wind exposure and humans. The forest is unique in that there are only eight volunteers, the trustees and advisory trustees, while the maintenance and physical work is taken care of by paid staff to ensure accountability and high-quality care. There are big plans in purchasing surrounding land and staged planting of 5 more areas to rehabilitate sections damaged by pest plants. This will be done using seeds collected from the forest by a seed gathering specialist and grown in MDC greenhouses.

Jill is one of the original trustees and has now been the chair for 3 years. Her dream is to have a big education centre on site. She has seen the forest transform from a disaster to its current beauty. She saw the trust start with freezer works being taken in to remove tradescantia. From this a trust was formed and she has been working to restore some of the 68 species lost since 1928. She has seen the massive unintentional damage caused over the years by volunteers and visitors walking off the boardwalk and trampling native seedlings, due to the very fragile eco-system and mass regeneration on the forest floor.

Chris has also been with the trust since its conception. He has been the main driving force behind cleaning up the forest with the boardwalks, signage, and benches. Through this he has had a lot of support from companies and the community, especially through sponsoring the benches. One of the biggest challenges he is seeing is the litter coming downstream from Feilding through the Makino and would like to see this reduced, as it can have a massive impact.

Mike Stone arrived in fielding 6 years ago, after being on the trust of Mt Bruce for 10 years, bringing with him a passion of nature, forests, and spiders. Being a retired teacher, he saw a need for education, and noticed the archives were missing or disappearing so has put lots of work into restoring and centralising the historic archives for the forest. He has a vision of mapping the DNA of the forest and having an artist draw a picture of what it would have looked like 100 years ago, to give something to work towards.

The support of the advisory trustees is critical to their success. Linley Scammell, a retired specialist project manager supports all trustees for projects and in particular the new wetland/flood remediation project. Aaron Madden, a biodiversity specialist at Horizons provides input around all aspects of biodiversity and species within different habitats.  Bruce Kereama and Clinton Vincent are two new trustees from Kauwhata Jobs for Nature programme.

Bessie joined the trust from a career in business and governance. Her strategic methods disrupted AF/KTP when she first joined, but time has shown that this has created an organisation with security and accountability to ensure the future sustainability and development of the forest. Her biggest focus in the forest currently is eradicating Phragmites karka, a tough battle to fight. At a recent cluster meeting she showed her gratitude for the Source to S2S community, thanking all the member groups for the support and sharing of ups and downs that kept them going to get to the successful position are now in. 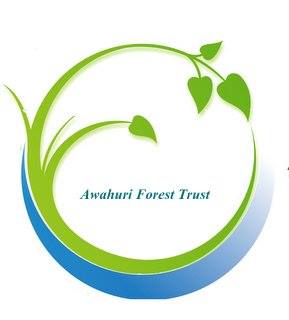